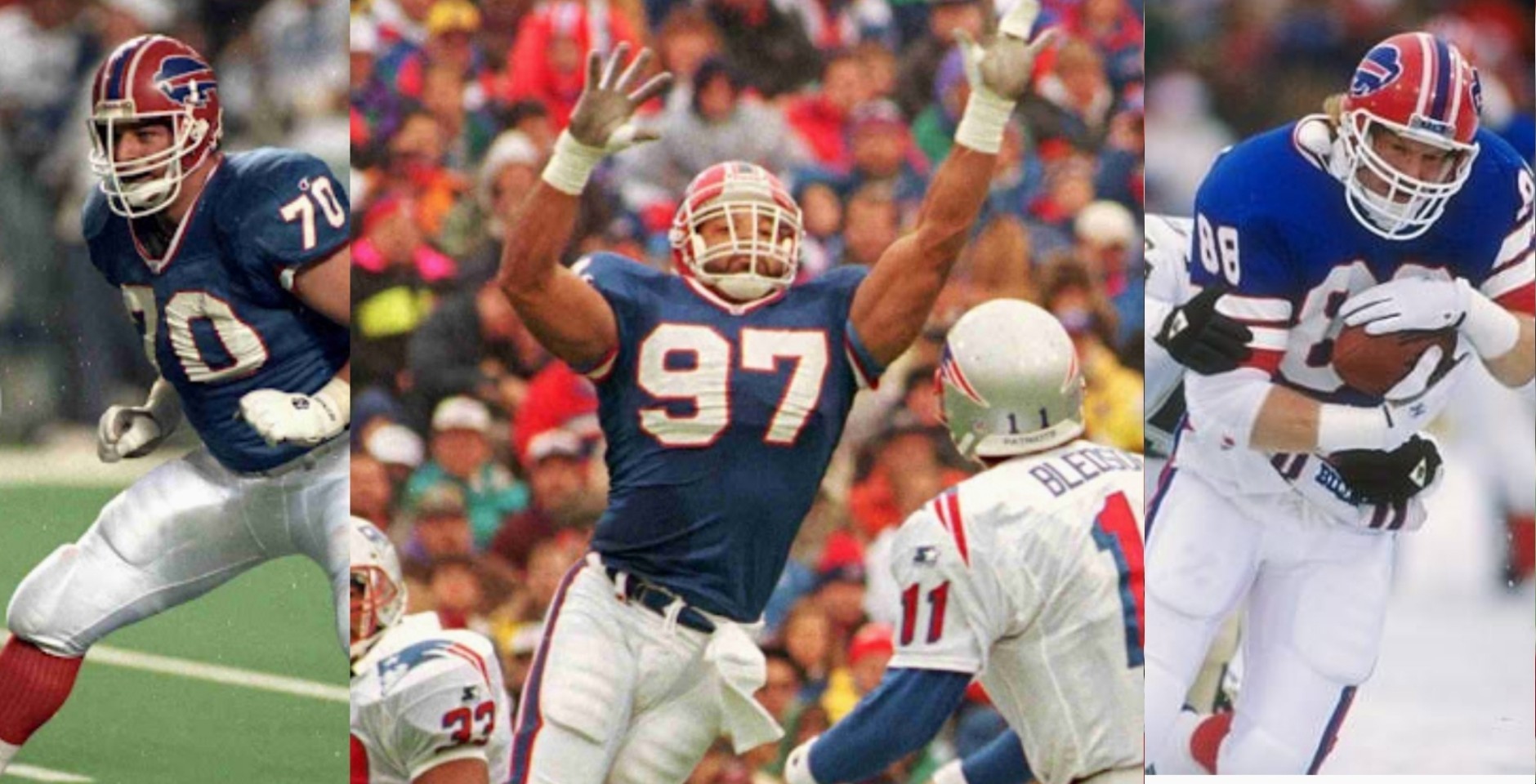 Welcome, one and all, to the second segment of this three-article mini-series. We will look back at Buffalo Bills history to pay respects to those who may deserve a place on the hallowed Wall of Fame. We’ve already reviewed ‘The Drought’ era and we’ll be reviewing the early days of our franchise before we’re done. But part two of this miniseries covers the potential future WoFers from the ‘Golden Age’ of Buffalo Bills football. Let’s dive right in.

We first met Ruben Brown in the 1995 NFL Draft, where Buffalo selected him 14th overall, and never looked back. The left guard would protect a number of QBs over his time in Buffalo, with great aplomb. He would earn eight straight Pro Bowl selections following his rookie season, where he was placed on the NFL’s 1995 All-Rookie team. Those eight honors rank as the second-most Pro Bowl selections in team history behind the one and only Bruce Smith. Ruben has been named a member of the Bills’ All-Time team, having started every game in which he dressed in Buffalo blue. Brown was also a three-time Walter Payton Man of the Year award nominee due to his unrelenting dedication to his charity work.

Arguably one of the best cornerbacks in team history, Thomas Smith was a force to be reckoned with. The 28th-overall pick of the 1993 NFL draft, would start 95 of 110 career games with Bills. (Smith played in a rotational role for most of his rookie season.) He tallied six interceptions and four fumble recoveries during his tenure. He is remembered fondly for his game-winning pick against the Dallas Cowboys in 1996, where he lined up against Deion Sanders (Who was filling in at WR that day) on the play.

John Fina didn’t make a Pro Bowl, nor was he an All-Pro, but he was important to Buffalo in a lot of ways. Never being recognized for his accomplishments on the field by the league, recognition from the team will have to be good enough. Starting at tackle for 131 of his 148 games as a Bill, Fina was a dominant pass-blocker during some of the most important football Buffalo ever played. A popular choice amongst the fans, John has a great case for a spot on The Wall

Much like his fellow defensive back Thomas Smith, Henry Jones sat in a rotation for most of his rookie season, but it wasn’t long before he proved himself a surefire starter. In his second season as a pro, Jones would be an All-Pro selection and go to the Pro Bowl on the back of a dominant eight interceptions, tied best in the league, and two touchdowns. He was a tackling machine, and his ability to bring guys down was counted on time and time again in big games. Jones is another member of the Buffalo Bills All-Time team, having spent ten seasons with the team.

Cornelius Bennett will be forever known as a Bill, and you can expect him to make the Hall of Fame sooner later than later, but he started his career for the Indianapolis Colts. With the 2nd overall pick in the 1987 NFL Draft, the Colts took the best defensive player in the class, but couldn’t sign him to the roster. This triggered one of the largest trades in NFL history. When the dust settled on Halloween in 1987, Buffalo had shed two future first-round picks and a second round pick to acquire the rights to Bennett, and they never looked back.

Cornelius played at outside linebacker, but also at defensive end during his nine seasons on the Bills, as he racked up 52.5 sacks (fourth-best in team history). A five-time Pro Bowl selection and member of the Bills All-Time team, he also scored three touchdowns, forced 22 fumbles, and had six interceptions. Bennett has been nominated for the Hall of Fame consistently for the past few seasons, and seems likely to make the cut soon.

A second-round pick by Buffalo during the 1987 NFL Draft, Odomes would return the faith put in him by the franchise by starting every game he played for the team except one. Nate was a two-time Pro Bowl selection at cornerback, including his 1993 season where he put up nine interceptions, the second-most in a single season in team history. Odomes is another member of the Bills All-Time team, with 26 career interceptions (ranking fifth in Bills history).

Did you know that Steve Tasker isn’t the Bills all-time leader in special teams tackles? The actual leader is the under-appreciated linebacker Mark Pike, with a monstrous 255. Pike led the team in total tackles for seven of the last eight years he spent with us, flying all over the field with reckless abandon. By the time he retired in 1998, Pike had played all 12 of his NFL seasons with Buffalo, dressing for 173 games. Not bad for a seventh-round pick.

A third-round pick of the Seattle Seahawks in 1982, Metzelaars played three of the four years on his rookie contract before being traded to Buffalo in exchange for receiver Byron Franklin. It would be a massively beneficial trade for us. Pete currently ranks first among tight ends in total games (156), receptions (302), receiving yards (2,921), and touchdowns (25). He is also a member of the Buffalo Bills All-Time team.

Thursday Thought: Why Have the Bills Been so Healthy Compared to Other Teams?