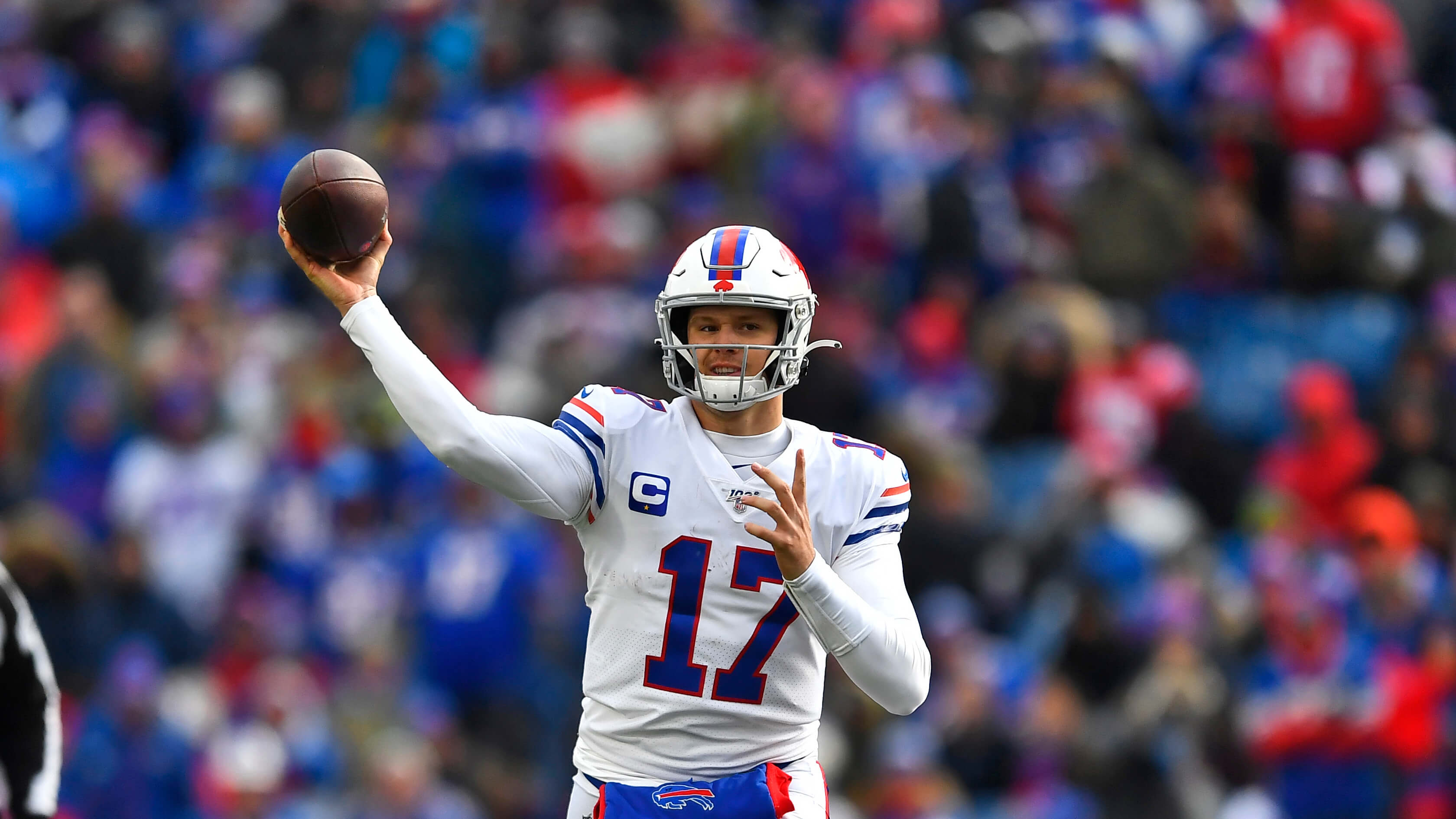 For the first time in a long time, we in Bills Mafia have entered a football season with genuine confidence and optimism in our beloved football team. So far, they have yet to disappoint as the Bills defeated the Jets in all facets of the game (offense, defense, special teams, and the scoreboard). Many in the media are dissecting and recapping this particular game and will continue to do so until the kickoff of Week 2. This is not one of those articles.

In this, the year of hindsight (2020), I will dust off the ancient scrolls and crystal ball (Pro Football Reference and YouTube) to compare current Bills players to past legends in an attempt to determine their career potential.

In this first installment of “Buffalo Bills 2020 Vision”, I will examine Sir Josh Allen: Slinger of Pigskins, Hurdler of Linebackers, Slayer of Shorts and Mustaches.

In order to be considered for analysis, the quarterback legends must meet each of the following criteria:

On paper, Josh Allen is not too far behind these Bills greats in the passing categories. He has a higher career completion percentage than Jack Kemp, Joe Ferguson, and Doug Flutie at this point. He also has a higher career QB rating than Kemp and Ferguson. Allen currently trails all four quarterbacks in passing yards and touchdowns. However, he is on track to surpass Kemp’s touchdown mark by his 77th start and Ferguson’s touchdown and passing yard marks by his 161st start.

Josh Allen will surpass all four Bills greats in rushing stats within the next couple of seasons. He now has more rushing yards than all four legends after last week’s win against the Jets. Currently, he has more rushing touchdowns than Kelly, Flutie, and Ferguson and only needs 36 more carries and seven more rushing touchdowns to surpass Kemp’s career numbers. Barring any unforeseen injuries or scheme changes, it is possible for Allen to reach Kelly and Ferguson’s carry numbers within the next two or three seasons.

One of the things that Allen needs to work on going forward is limiting turnovers. He already has 10 more fumbles than Doug Flutie had in his time in Buffalo and is on pace to double the career totals of Jim Kelly and Joe Ferguson. Now, before you have a conniption, Allen has done well to limit his turnovers in the passing game. Assuming the current pace holds, Allen will have fewer interceptions than Kelly, Kemp, and Ferguson at the time of his 161st start.

The only values that can quantify leadership are 4th-quarter comebacks (4QCs), game-winning drives (GWDs), and the win-loss (-tie) record. Currently, Josh Allen has more 4QCs than Flutie, the same amount as Kemp, and fewer than Ferguson and Kelly. He has also led more GWDs than Doug Flutie and Jack Kemp at this point in his career. He will likely have many opportunities for 4QCs and GWDs throughout this season, given the tough competition yet to come (Titans, Chiefs, Steelers, and the NFC West). It should be noted that examining the win-loss records can be a bit tricky because of the varying sample sizes (i.e. number of starts, team success), but, as it currently stands, Allen has a higher win percentage (57.1%) than Ferguson (47.2%) and Kemp (55.8%).

A quarterback can also lead their team in other ways: (1) lead the team out of the tunnel; (2) lead the offense down the field; (3) motivate teammates and fans on the sidelines; (4) lead the team to victory. Josh Allen has done all of these things. No one can question his passion and commitment to his teammates and coaches. While I was not around for any of the other Bills greats, I am sure that they led the team in a similar manner and produced the same sort of enthusiasm and energy that pumps me up whenever Allen takes the field.

Everyone compares Josh Allen to Jim Kelly because he is the standard for success at the quarterback position in Buffalo. He was a class act during his tenure and became a franchise icon because of his on-field performance, including four straight Super Bowl appearances (which is still a league record). With the current roster and coaching staff, Josh Allen could very well become the next Jim Kelly. However, Allen and Kelly are different types of players.

According to the game film, Allen is most similar to Jack Kemp and Doug Flutie. All three are athletic gunslingers who can make and extend plays both through the air and on the ground. Jim Kelly and Joe Ferguson were more traditional passers who extended plays by shuffling around the pocket to find open receivers.

The best-case scenario here is that Josh Allen becomes the first quarterback since Jack Kemp to lead the Bills to championship glory and sticks around long enough to rack up all the statistical benchmarks to join Jim Kelly in Canton.

The worst-case scenario is that his athleticism results in a few good, exciting seasons without any notable success.

What do you think? Will Josh Allen will become the next Kemp, Ferguson, Kelly, or Flutie? Am I out of my mind? Let me know on Twitter (@zvaughn2712)